Anne-Charlotte Söderström has studied to become a psychotherapist at  the Institute of Psychotherapy & Social Studies in London. 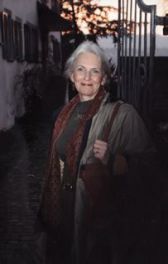 Prior to this she worked as a physiotherapist and teacher in physiotherapy in Finland and Norway. She is registered with TEO and Kela, member of Therapeia, BISS and while in England member of UKCP, the psycho-analytic section. She has studied Sandplay therapy in London at the British & Irish Sandplay Society, which is a part of ISST,  the International Society of Sandplay Therapy. She has a long and thorough work experience as a psychotherapist in private practice, and as a teacher and supervisor for students at ISA (Institute of Self-Analysis) based on attachment psychology, - an institute in London she was a founding member of. She has also studied psycho-dynamic psychotherapy, body awareness, with Gerda Boyesen in London. Her orientation in psychotherapy is psychodynamic and Jungian.

You can contact me by calling or sending me an e-mail. 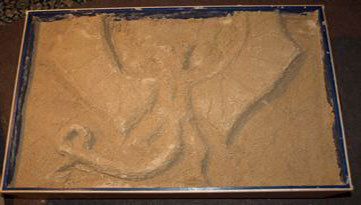 Sandplay is a therapeutic modality that stems from the British physician Margaret Lowenfeld who created with this a non-verbal communication with children in treatment.
Later on this method was further developped by the Jungian psychotherapist Dora Kalff in Switzerland. It is based on the psychological principles of  C.G.Jung, who expressed that ”often the hands know how to solve a riddle with which the intellect has wrestled in vain.”

Sandplay is hands-on psychological work, where the client expresses his or her imaginal world using sand, water and miniature objects, or symbols, in a ” free and protected space ” formed by the therapeutic relationship and the sand tray. A series of Sandplay images portrayed in the sand tray create an ongoing dialogue between conscious and unconsious aspects of the psyche, which activates a healing process and development of the personality.

Sandplay as a therapeutic modality can successfully be used in individual work with both adults and children. Sandplay can be used with couples. Sandplay therapy can be used in addition to verbal psychotherapy in Anne-Charlotte Söderström's practice in Helsinki.

Anne-Charlotte Söderström has a practice in Helsinki and Tammisaari (Ekenäs). She speaks English, Swedish and Finnish.